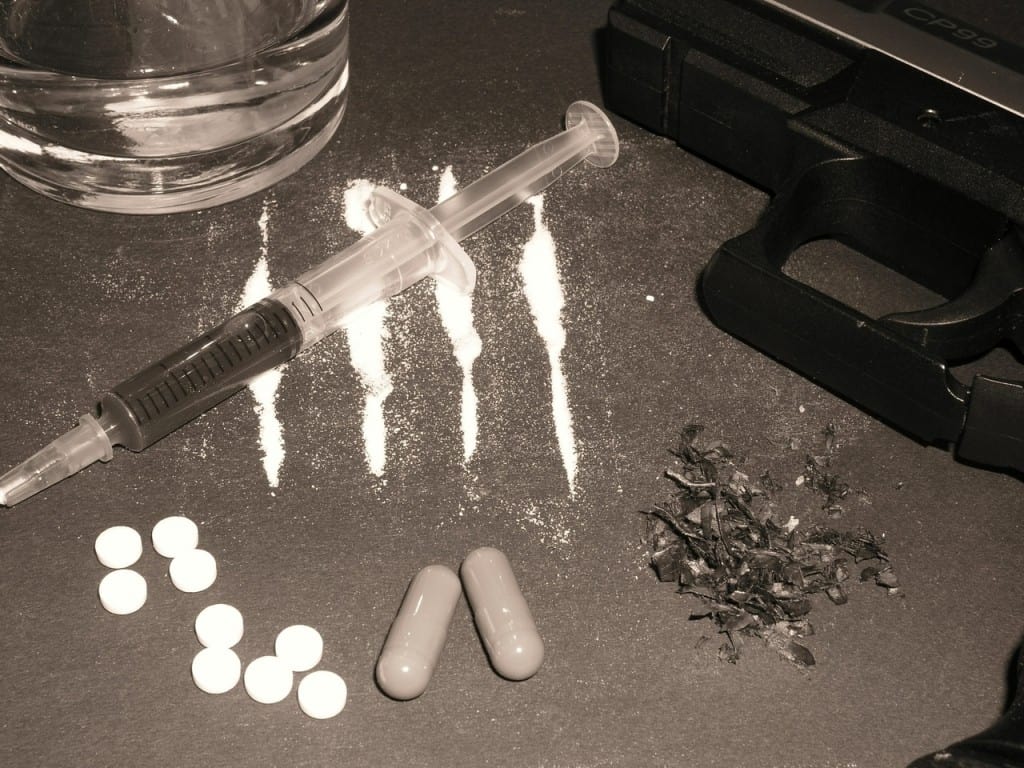 Why Do People Use Meth?

Methamphetamine is a Schedule II controlled substance. That means the Drug Enforcement Administration has classified meth as a drug that has some medical value but a high potential for abuse.

Like other drugs in the amphetamine family, methamphetamine is a stimulant that operates on the central nervous system. By causing the brain to release certain chemicals, meth induces a sense of euphoria. In the short-term, methamphetamine reduces fatigue and makes the user feel energetic. It also decreases appetite.

The common perception is that meth heads are skinny, pockmarked, and toothless. While long-term methamphetamine use can cause physical changes, the reality is that many people who do not fit that stereotype use meth for a variety of reasons. Unfortunately, many of those people will eventually encounter difficulties, including problems with the legal system.

The prescription drug Desoxyn (generically known as methamphetamine hydrochloride) is sometimes prescribed to treat severe cases of Attention Deficit Hyperactivity Disorder (ADHD) and narcolepsy. Some physicians might also prescribe it on a short-term basis to treat obesity.

Desoxyn and generic equivalents are taken orally. Since the drugs are addictive and dangerous, doctors typically prescribe them for obesity only when other drugs have failed and the need for weight loss is urgent. Safer drugs are the preferred alternative to treat ADHD and sleep disorders.

Most methamphetamine charges in Iowa, however, concern the possession or distribution of illicitly manufactured meth. While the oral medication is regulated and the dose is standardized, methamphetamine manufactured in clandestine laboratories (which might consist of a bucket and some chemicals in the back of a pickup truck) is never legal to possess or sell.

Most “home brewed” meth is imported from Mexico, thanks to laws that record purchases of ephedrine, a key ingredient in most illegally manufactured methamphetamine. Some methamphetamine, however, continues to be manufactured in Iowa. Because the odor produced by the manufacturing process is overpowering, it tends to be “cooked” in rural or relatively unpopulated areas where manufacturers hope the smell will go unnoticed.

“Home brewed” methamphetamine is sometimes called “crystal meth” because it typically appears in crystalline form. Crystal meth is usually ingested by smoking. Some users inject or swallow it. Illicit meth is rarely manufactured in tablet form.

If methamphetamine is dangerous and illegal, why do people use it? An obvious answer is that people who want to forget their problems by getting high enjoy the mood enhancement and sense of well being that the drug produces. Meth instills a feeling of self-confidence. Some users develop an illusion of invincibility while under the influence of meth, as if they acquire superpowers by getting high.

Other reasons for taking methamphetamine are unrelated to getting high. Students take meth to stay awake as they cram for tests. Night-shift workers use it to stay awake while they work, particularly if they are working two jobs.

Because methamphetamine gives people energy, some people use it to make their jobs easier. Construction workers, roofers, and factory workers sometimes turn to meth to enhance their production. People with repetitive jobs report that work is more tolerable when they “turn off their minds” by smoking meth. The energy bursts that accompany meth consumption also encourage people to tackle new projects, make repairs, and perform household chores.

Most commercial drivers are drug tested and federal laws limit the number of hours they can drive in a day. Still, some drivers who are not subject to federal regulations, as well as drivers who ignore the regulations, risk the use of methamphetamine to improve their alertness while driving or to stay awake while driving round-the-clock. Driving under the influence of methamphetamine is a serious charge, particularly for commercial drivers.

Meth doesn’t have a reputation as a party drug, as do cocaine and Ecstasy, but some people use it to reduce their inhibitions about socializing. The drug tends to make people exuberant and talkative. Some users feel more “alive” when they take meth. Since meth can cause aggressiveness and personality changes, however, meth users often find themselves socializing with other meth users as their friends drift away.

Problems Caused by Meth Use

The feeling of euphoria that meth causes is pleasant but short-lived. When users come down from meth, they typically feel more depressed or lethargic than they felt before taking the drug. That creates an incentive to use the drug again. As users continue to take the drug, they become dependent on it. Withdrawal from meth triggers irritability, depression, fatigue, and anxiety.

Apart from the health problems associated with withdrawal, people who stop taking methamphetamine often find it difficult to experience pleasure without getting high. Since that condition, known as anhedonia, can last for a couple of years, meth users often find it very difficult to overcome their addiction.

While using meth might help people work, it can also cause users to lose their employment. Failed drug tests or the obvious symptoms of meth use, including twitchiness and belligerence, persuade many employers to fire employees who are suspected of drug abuse.

The use and possession of methamphetamine can lead to serious legal problems, including potential jail sentences. The need to funding a meth habit may tempt users to make or sell meth, which can led to more serious criminal charges.

Drug users can nearly always help themselves by taking a proactive approach to drug treatment. While a treatment program might become a condition of probation or a requirement of drug court, meth users who enroll in treatment as soon as they are charged with a crime will typically have a better outcome than users who wait for the criminal justice system to impose treatment.

A Cedar Rapids drug defense attorney can advise methamphetamine users about the best way to resolve their legal problems.

You can also read about how different prescription drugs can affect driving.