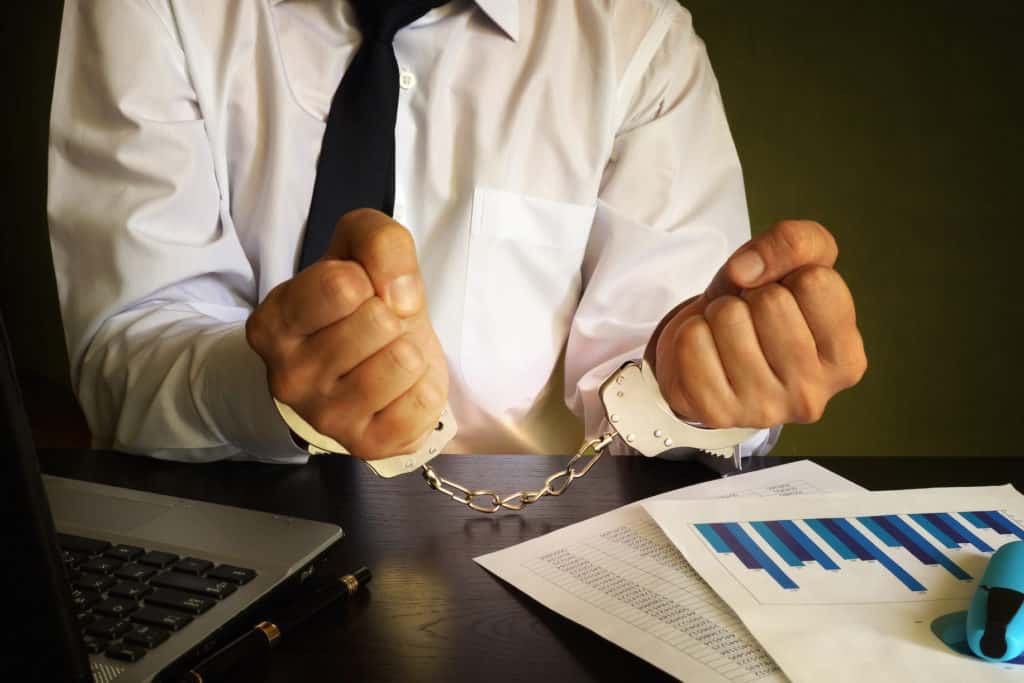 What Are the Consequences of a White-Collar Crime Conviction in Iowa?

Iowa judges take white-collar crimes seriously. While judges tend to reserve the harshest sentences for violent criminals and drug dealers, they might also impose a significant punishment for a serious financial crime

White-collar crimes also carry minimum and maximum fines. The most severe fine is $10,000 while the least severe is $65. Other consequences of a conviction include social stigma, loss of employment, and ineligibility for professional licensing.

Factors that Influence the Consequences of a White-Collar Crime Conviction

Criminal convictions do not always result in jail or prison sentences. It is safe to say, however, that serious crimes are more likely to result in incarceration than crimes that are less serious.

In addition to the amount of loss the victim suffered, a crime might be regarded as serious because it involved a vulnerable victim (such as an elderly person). Since most white-collar crimes involve a betrayal of trust, judges tend to view those crimes as more serious than simple theft of property.

Crimes that cause a serious hardship (such as defrauding a victim of his or her life savings) are also more likely to result in serious punishment. The fact that the victim is insured and suffered no loss is unlikely to impress the judge since the loss is simply shifted to the insurance company.

Offenders with a criminal record are usually at risk of receiving a harsher sentence, particularly if earlier convictions were for similar offenses. First offenders typically have the best chance of avoiding incarceration.

Defense Strategies for Minimizing the Consequences of White-Collar Crime Convictions

Some white-collar prosecutions are based on a misunderstanding of the facts. Even when a crime was committed, the evidence is not always sufficient to prove guilt beyond a reasonable doubt. A seasoned criminal defense lawyer can advise the accused whether a vigorous defense may result in a dismissal or acquittal of the charges.

In other cases, the actual crime may be less serious than the charged offense. Ambiguous facts might also make it possible to negotiate a reduction of charges.

When a conviction appears likely, white-collar defendants can often avoid more severe consequences by making restitution before a conviction. Since restitution may be seen as an admission of guilt, it is imperative to receive legal advice before taking that step.

Probation coupled with a fine is often an alternative to a jail sentence. First offenders who demonstrate remorse are usually in the best position to receive probation. An Iowa white-collar criminal defense attorney can advise the accused about the steps that should be taken to achieve the best outcome under the circumstance.

Call us today to discuss your case.