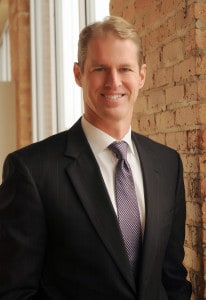 Raphael (Ray) Scheetz founded the Law Offices of Raphael M. Scheetz in 1994 to focus his attention on the practice of criminal defense and immigration cases.

He was one of the first lawyers in Iowa who specialized in the practice of immigration law. He has represented hundreds of American citizens and immigrants who have matters with the United States Citizenship , Immigration Service, United States Immigration and Customs Enforcement.

The cases included American citizens who marry or intend to marry a person living in a foreign country or who want to petition for their children, parents, or brothers or sisters that live outside of the United States.

Mr. Scheetz has successfully navigated his clients through the immigration process before the United States Citizenship and Immigration Service, Immigration Court, and Board of Immigration Appeals.

Mr. Scheetz has also represented persons accused of crimes such as drug possession, manufacture and/or distribution, domestic assault, firearm offenses, arson, kidnapping, first degree murder, and theft, which you can read about on our success stories page.

WHY THE MERGING OF CRIMINAL DEFENSE AND IMMIGRATION LAW IS BENEFICIAL TO THE CLIENT?

Tens of thousands of people are deported every year from the US who have been convicted of crimes — people that are living legally in the United States, have US citizen spouses and children, and are deported for minor crimes such as marijuana possession or possession of a drug pipe.

Persons who have been arrested and are not US citizens need a lawyer who has knowledge of both criminal defense and immigration law. Mr. Scheetz can advise you the best ways to avoid deportation if you are charged with a crime, no matter how minor or serious. Mr. Scheetz can fight for you in criminal court to avoid a conviction, or structure a plea agreement that will give you the best opportunity to avoid deportation and remain in the United States with your loved ones.

Mr. Scheetz has also been selected as a National Top 100 Trial Lawyer.